How Vampires Suck at Social Media

Last week my friend @jeffreylcohen sent me the tweet below about the Who Is the Ultimate Vampire? InfoGraphic via the Yahoo Movies website. The infographic is great and in my opinion bram stoker dracula was the ultimate vampire and one of the best vampire movies ever made. The movie was released in 1992 and it seems that a decade later Hollywood and major networks are obsessed with vampires. From Vampire diaries, True Blood and yes, twilight. Now I think the world are sick and tired of vampire related moves and TV shows. How can you tell? There’s a movie called “Vampire Sucks” mocking all of the other vampire related shows.

For those of you who follow me on twitter know I’m a “vampire” fan if you can ever be such a thing and I have this made up term I use when staying up late at night working on projects between 10:00 P.M. and 2:00 A.M. It’s called #vampiremode. Last year I created a slideshare presentation called How “vampires use social media” just for fun comparing the “lifestyle” or for a better word, behavior of vampires and to social media. With the release of the vampires suck movie and the awesome ultimate vampire inforgraphic, I thought it would be a good idea to re-post it. Take a look below at the How Vampires Use Social Media presentation, the Who Is the Ultimate Vampire? InfoGraphic and the movie trailer for Vampires Suck.

How Vampires Use Social Media Presentation

InfoGraphic: Who Is the Ultimate Vampire? 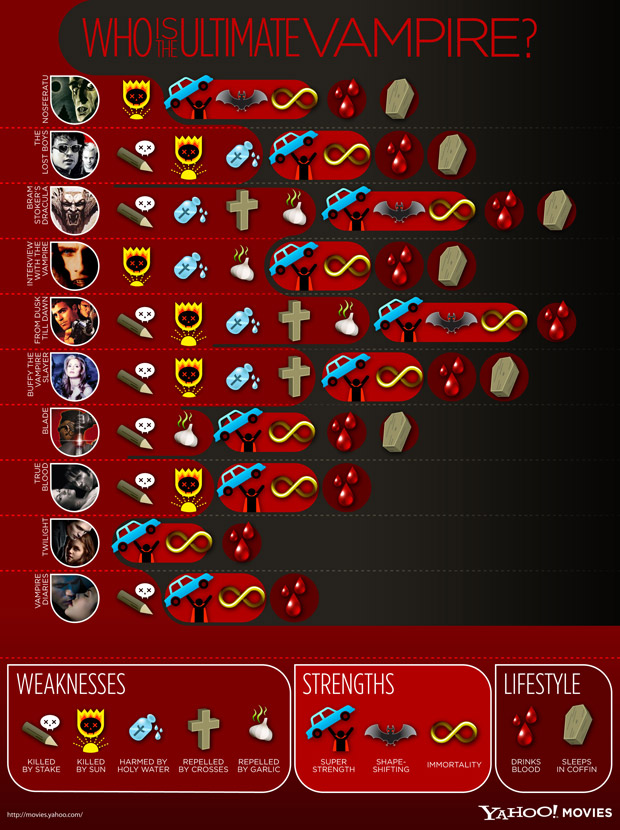 Are Vampires no longer cool? Did you go see the Vampire Suck movie over the weekend or planning to see it?